Prior Attribute Inference Attacks Do Not Pose Privacy Risk

Thus, these attribute inference attacks seem to not pose any significant privacy risk as the adversary can have similar attack success without access to the model. 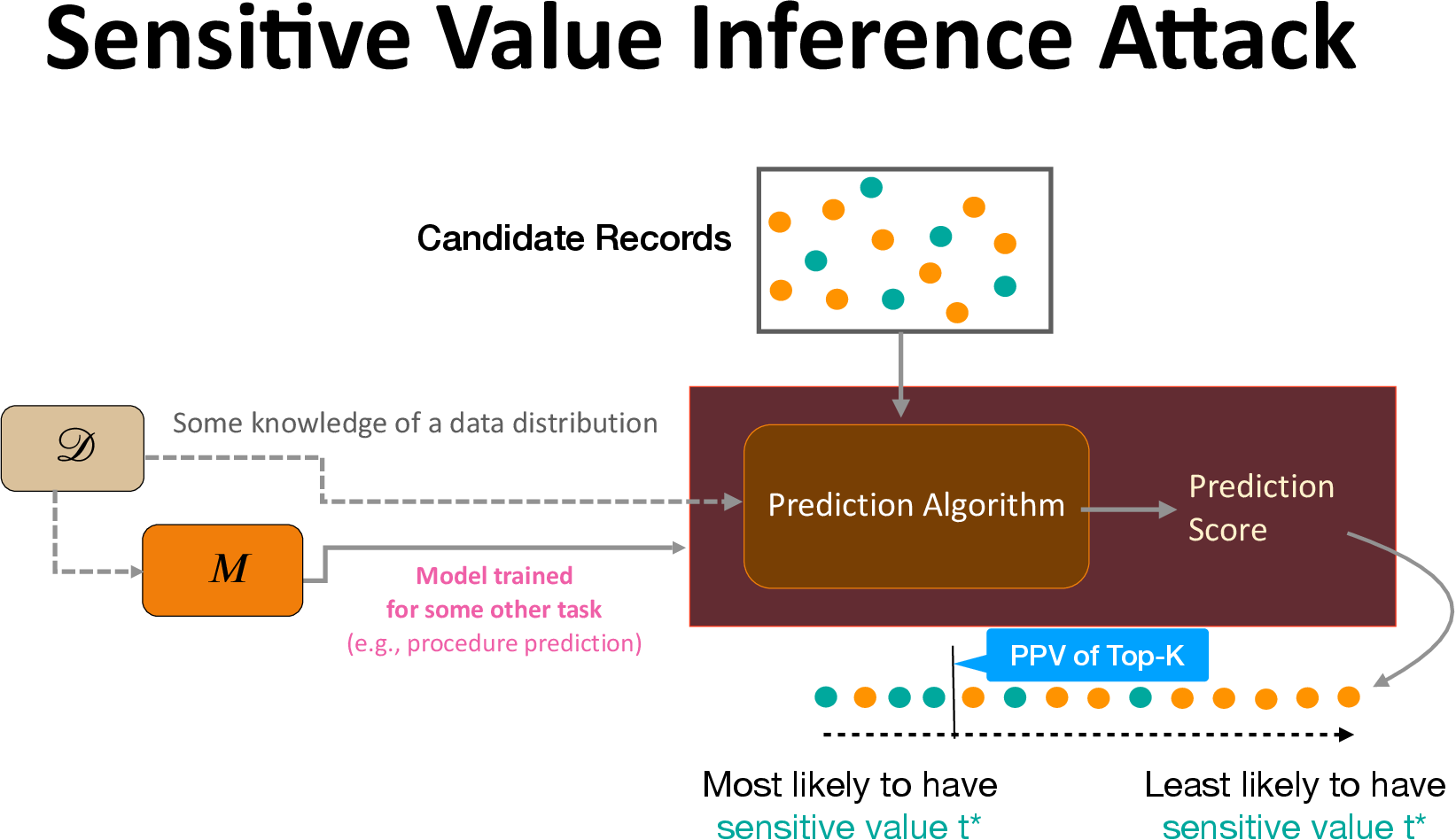 We measure the attack success by evaluating the positive predictive value (PPV) of the inference attack in predicting the top-k candidate records with the sensitive outcome. The PPV values are between 0 and 1, where a higher value denotes a greater attack precision. 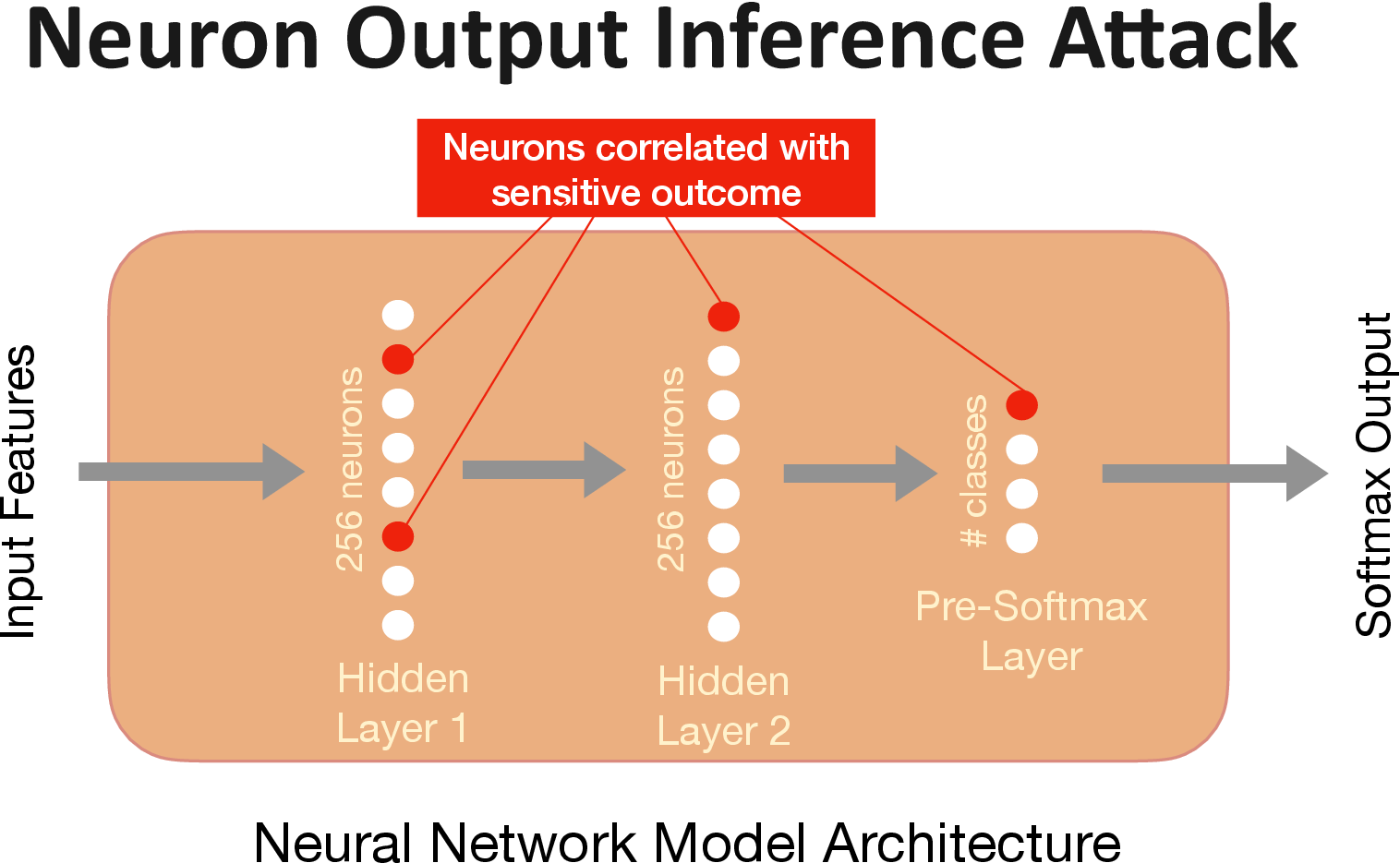 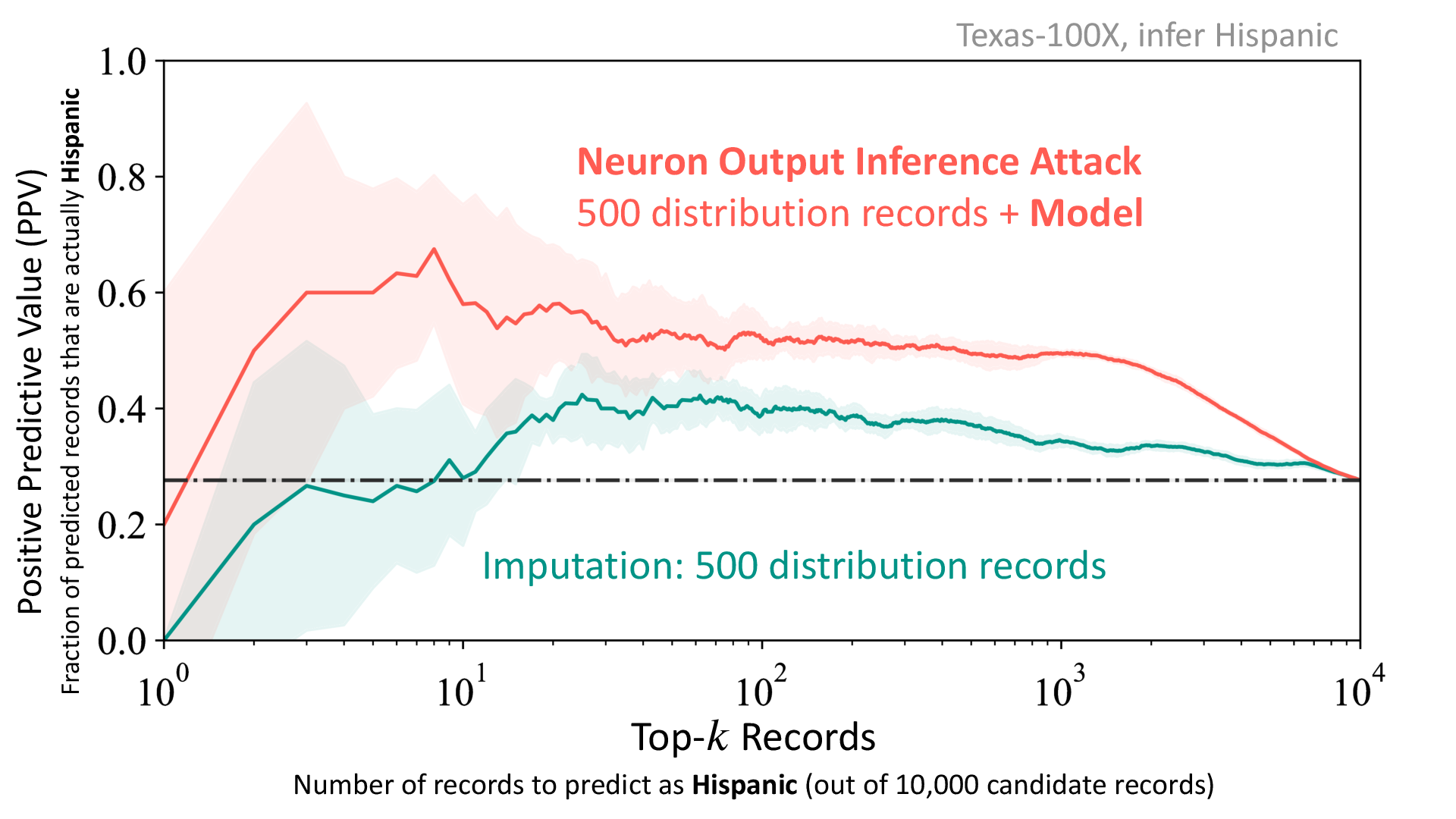 Since the risk is due to the model leaking distribution information, it is not mitigated by differential privacy noise.